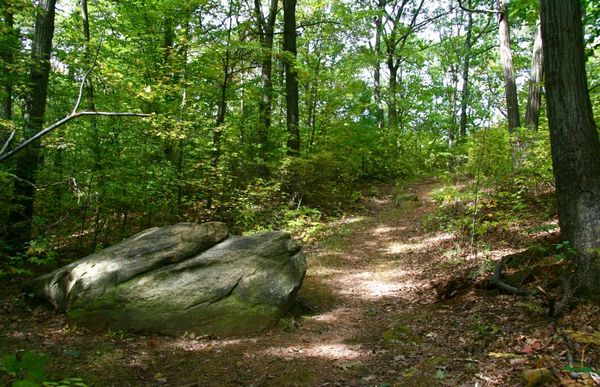 High Rock Park draws its name from a boulder deposited on high ground there during the last Ice Age. The park is now part of the Greenbelt – a name suggested by Brad Greene. 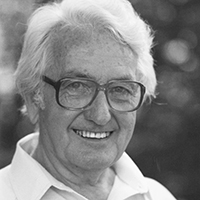 The alarming rumor that Camp High Rock was about to be sold to a land developer by the Girl Scout Council of Greater New York began my involvement in July, 1964 with Gretta Moulton, a Scout leader and Staten Island resident. She was determined to save the camp from destruction and she sought my help.

As a landscape architect and conservationist, I was active in several Manhattan groups that had a strong interest in parks and city planning. The Community Service Society in Manhattan was the first group that Gretta and I approached to apprise them of the probable loss of the beloved Camp.

The following August, a group of Staten Island Girl Scout leaders, led by Gretta, met in my home to organize ways to save Camp High Rock. I agreed to a chair a citizens committee. During the meeting, concern about losing the camp was augmented by the fear of losing all the wooded uplands on Staten Island. I mentioned that we ought to call them our “Greenbelt.”

Two weeks later on September 8, Gretta and I took our cause to politically powerful Borough President Albert Maniscalco, who became both interested and supportive. During our discussions with him the word “Belt” was mentioned again. Later in that month, the “New York Times” noted that Maniscalco was planning to rezone a “belt of land running though central Staten Island, which includes Camp High Rock, to preserve its present state.”

Sadly, however, in spite of all our efforts and that of many others, the Girl Scouts Council sold the land on February 28, 1965 to New Dorp Gardens, Inc. for $1,067,000. The firm announced they would build, as required by the recent new zoning one family homes, but instead, quickly constructed two foundations for garden apartments near Walker Pond. The parking lot on Summit Avenue now covers those foundations.

In the meantime, other persuasive and powerful forces were at work convincing both city and state officials that High Rock Park must be saved for future generations to enjoy. At the City Planning Commission, Borough President Maniscalco, supported by civic groups, argued successfully for the preservation of the woodlands on Staten Island. City Planning then made plans to acquire the property for park use.

Governor Nelson Rockefeller offered “Seventy five percent of the cost of purchase to save one of the few remaining unspoiled woodland areas on Staten Island,” according to the “New York Times,” December 4, 1964 issue. Thus, in 1965, High Rock Park became the core of what later developed into the Greenbelt, for a repurchase price of $1,200,000.

Bradford “Brad” Greene, a prominent landscape architect, preservationist and open space advocate, was one of the fathers of the Staten Island Greenbelt. He died in 2016.