The Greenbelt Conservancy is governed by a volunteer Board of Directors. Members of the Board oversee the organization and manage its financial assets. 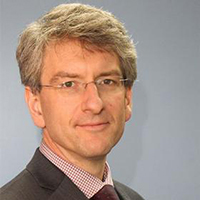 serves as Associate Provost for Undergraduate Studies and Student Success at the College of Staten Island (CSI)/ City University of New York.

He holds a PhD in Chemistry and is member of the Faculty of the Department of Chemistry at CSI and the Doctoral Faculty at the Graduate Center.

He is married to Dr. Faiza Peetz, and together they have two teenage sons. The family lives on Staten Island and loves to take their dog on hikes in the Greenbelt. On Saturday or Sunday mornings you are likely to find Ralf running the blue, red and yellow trails. 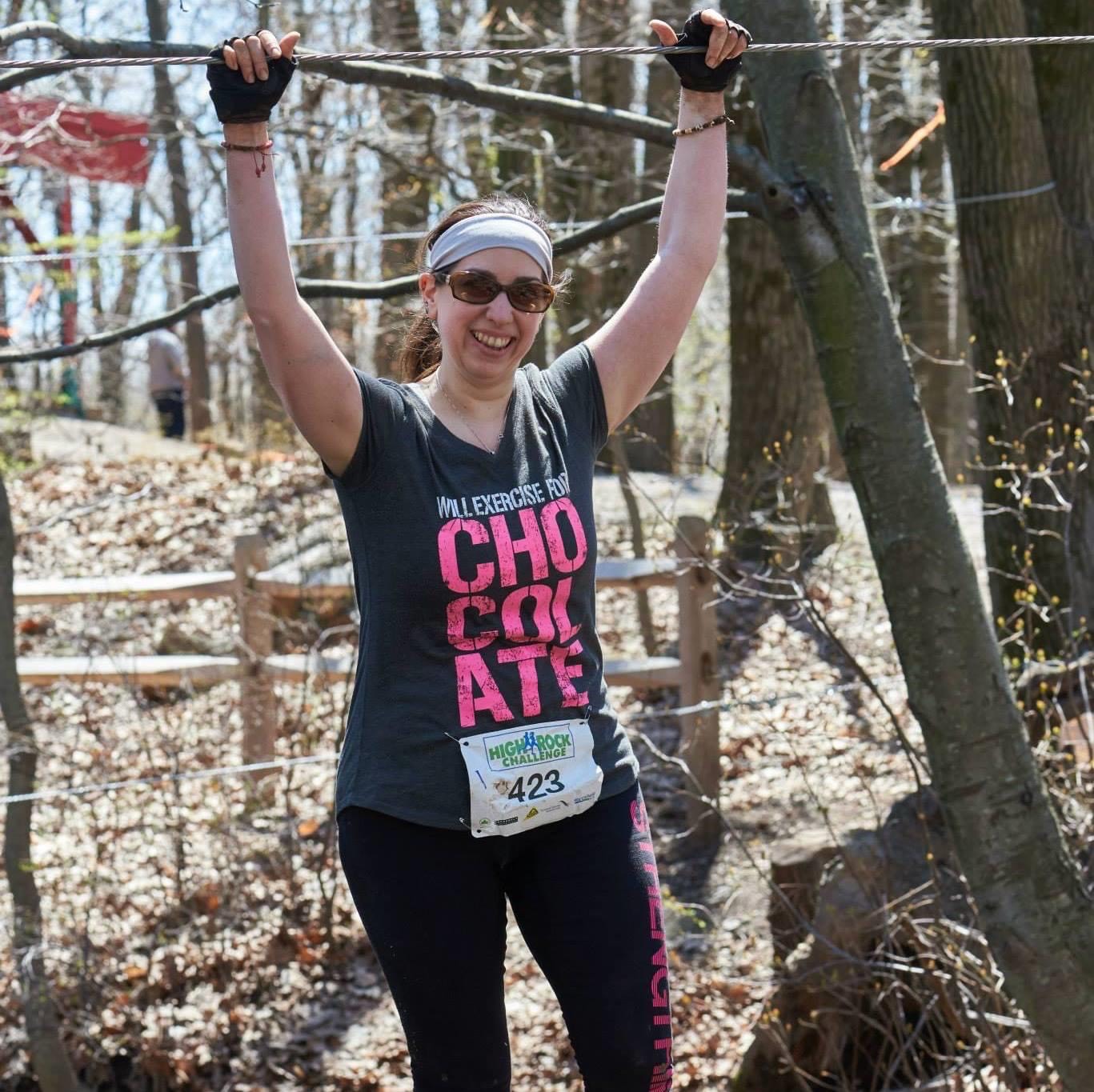 Amy Rice, a third-generation native Staten Islander, is currently the Senior Marketing Manager for the NYC Department of Small Business Services (SBS). In this role, she develops multi-channel advertising campaigns to promote agency services, lead the redesign of the agency’s website, supervises the graphic design team, and writes/edits copy for marketing materials.

Amy currently serves as the Second Vice President of the Greenbelt Conservancy.  She has been a member of the board of directors since 2015. Her involvement began in 2011 with the creation of the “Trailblazers,” a group of young Greenbelt supporters with a focus on environmental issues.  Amy was a recipient of the 2012 “Trailblazer of the Year” award for her support of the organization. She has chaired the Greenbelt’s annual Blue Jean Ball for the past seven years, and serves on the Development and Executive committees. Amy has  participated in our High Rock Challenge 10K Adventure/Trail Race every year since 2013. 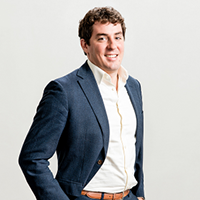 Christopher “Chris” Greene was first introduced to the Greenbelt by his grandfather Bradford Greene, who was among the Staten Island residents who in 1964 ensured the protection of what later became the core of the Greenbelt.

In high school, Chris ran the trails of the Greenbelt for four years while on the track team at Staten Island Tech and he continues to participate in all of the trail races hosted by the Conservancy.

Following high school, Chris received a Bachelor of Arts from Wesleyan University and a Juris Doctor from the University of Chicago Law School.  Chris is an attorney at Kaplan, Hecker & Fink LLP, a Manhattan law firm specializing in commercial litigation.  He lives in Brooklyn Heights.

John Borovilas is a Proje 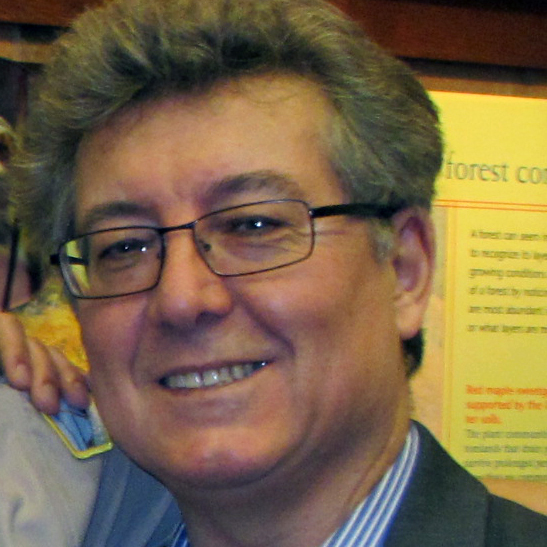 ct Manager / Business Analyst for international investment banks, specializing in the technical aspects of Risk-based capital calculations and derivatives, among other asset classes.

John comes from a farming background, raising cash crops and cattle, while practicing sustainable farming methods.  He has been a trustee for an American vocational school in Greece where students are taught that they are the “Stewards of the Land” and to leave the land in better shape than they found it.

More recently he was involved with local organizations such as the Boys Scouts of America and was the athletics director for his local parish. He enjoys farming and gardening. 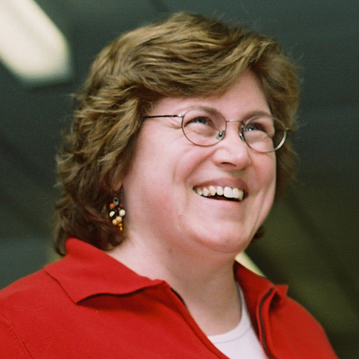 Educated at the University of Colorado at Boulder, Prof. Catherine Lavender moved east to Staten Island to join the faculty in History at CSI in 1996.

Since 1998, she has served as the Director of the American Studies Program.  She served as Coordinator of the Master of Arts in History Program from 2002 to 2009 and has been a member of the Master of Arts in Liberal Studies Program faculty at The Graduate Center of CUNY since 1998.  She is also a member of the Macaulay Honors College faculty, for which she teaches Seminar II on “The Peopling of New York City.”

Her research focuses on women’s and gender history of the American Southwestern Borderlands, with a special emphasis on interactions between Native American peoples and European newcomers to the region in the century following 1848.  As a cultural historian of the West, she writes about literary and ethnographic texts produced in the region as well as painting and photography. 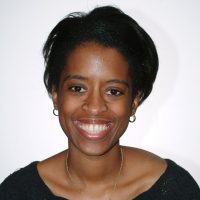 Heather M. Butts received her B.A. in history from Princeton University. She is a graduate of the St. John’s University School of Law. She holds a Master’s degree in Public Health from Harvard University and a Master’s in Education from Columbia University’s Teachers College.

Professor Butts is a Lecturer and Faculty Advisor of Part-Time students in the Health Policy Management Department at Columbia University Mailman School of Public Health. She teaches Bioethics, Human Resources Strategic Management, Integration of Science and Practice (ISP) And Leadership Skills. In addition, she serves as Adjunct Professor in Health Law and Bioethics at St. John’s School of Law.

She served as a regulatory specialist at Columbia University’s Medical Center Institutional Review Board (IRB). Her responsibilities included training and educational efforts of the Columbia University research community. Before that professional experience, she functioned as a Senior Associate at PricewaterhouseCoopers, a multinational professional services firm, where she performed compliance risk assessments on projects involving reviews of faculty group practices, policies and procedures. 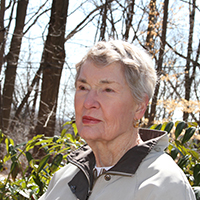 After an internship in Washington, D.C., and a stint in Boston, she spent four years in Japan, producing two children, Keiko and Tim.

She resumed her federal government career in personnel management, working in Buffalo, San Francisco, Newark, New York, and Philadelphia. She retired as the chief of the staffing services for the Division of the U.S. Office of Personnel Management, Philadelphia Region.

She was an early participant in efforts to protect land that formally became the Greenbelt in 1985 from commercial developers. She is a founding member and past president of the Greenbelt Conservancy, which was formed in 1989. 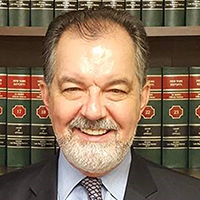 Christopher H. Benbow is an attorney and local resident who originally came to Staten Island in his early childhood.  He has an enduring passion for the conservation of the Greenbelt since the 1960s, when his parents were among those who led the successful fight to save this natural wooded area from becoming a highway right of way.

He has enjoyed hiking through the Greenbelt most of his life, first in protest of the proposal to pave it and later for the pleasure this largest natural area in the City of New York offers.

He has served on the Board of Directors of the Greenbelt Conservancy since the 1990s and remains committed to the protection of the Greenbelt as a place for both active and passive recreation, education for our children and inspiration for all.  “The Greenbelt,” he says, “is truly a park established by and for the people.” 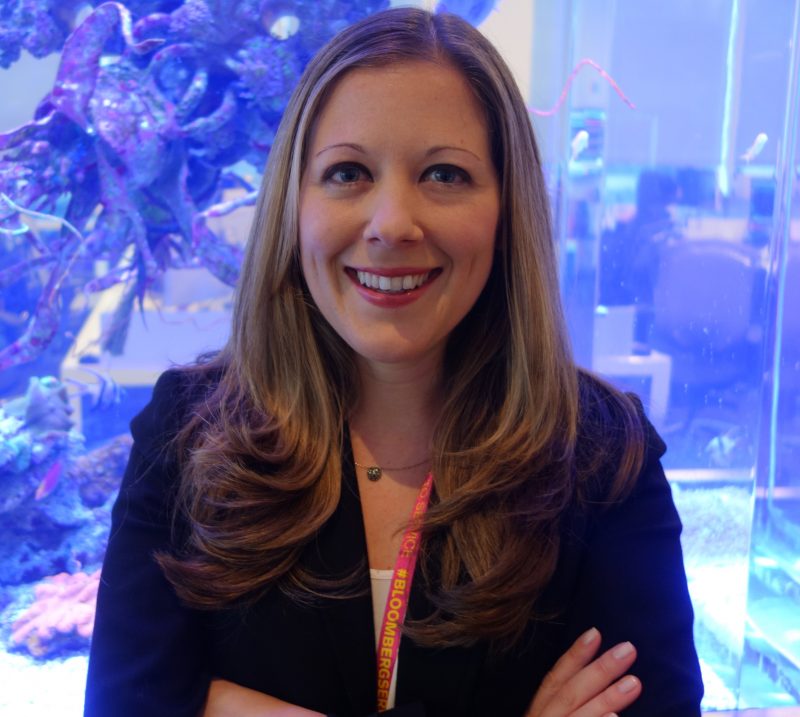 Victoria Cerullo is COO of Global Technology Services & Solutions for Bloomberg, where she is currently working on COVID-19 task force operations. In addition to leading Bloomberg’s Data for Good Exchange, she served as strategy and engagement director for the company’s Data Analytics & Integration team, oversaw global content for the Bloomberg Intelligence research product, and led environment and sustainability programs for corporate philanthropy.

Prior to moving to the private sector, Victoria served in the Bloomberg administration as legislative representative in the Office of City Legislative Affairs, Staten Island borough director in the Mayor’s Community Affairs Unit, and chief of staff to NYC Parks Commissioner, Veronica M. White. Additionally, Victoria was part of a team assembled by Mayor Bloomberg to manage Superstorm Sandy recovery.

Victoria received her MPA from Columbia University’s School of International and Public Affairs. An Annadale resident, Victoria serves on the Association for a Better New York (ABNY) Young Professionals Steering Committee and as co-chair of the Freshkills Park Alliance and the New York State Governor’s Living Breakwaters Citizens Advisory Committee. She has been honored on City & State’s Up and Comers list, by the St. George Theatre, Staten Island Economic Development Corporation, the Downtown Staten Island Council, as well as the Todt Hill Civic Association for her commitment to the Staten Island community. 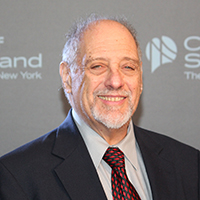 He was one of the founders of graduate program in Environmental Science and is currently the coordinator of the program. He has also served as Dean of Graduate Studies and Research and as Dean of Science and Technology. Prof. Levine holds a doctorate from Princeton University and has published more than 100 refereed research papers.

Alfred lived on Staten Island for 27 years during which he and his daughters spent many wonderful hours hiking in the Greenbelt. He says “It is essential that future generations have the same opportunity for learning the wonders of our natural environment.” 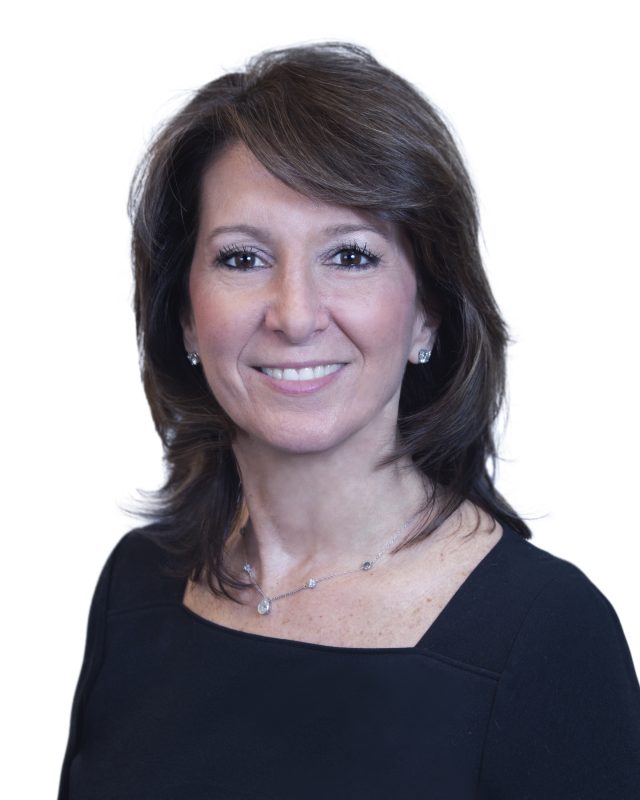 Michele Sansone is an award-winning executive in the global property insurance market with more than 30 years’ experience.

Michele is a third-generation Staten Islander who grew up in Annadale and Grasmere. Her parents were born and raised in Staten Island and both attended New Dorp High School, as did Michele. Michele’s children attended Catholic grammar and high school on Staten Island.  Her daughter graduated from St. John’s University’s Staten Island campus, and her husband is a retired NYC firefighter.

Michele currently serves as treasurer for the High Rock Society and serves on the board of Spencer Educational Foundation. Previously, she served as Board member and co-chaired the Staten Island March of Dimes gala for two years. Michele currently lives in the High Rock neighborhood and is very involved in environmental preservation and beautification of Staten Island, including the land and parks. 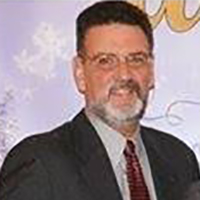 Richard Travers, a native Staten Islander, is a 1967 graduate of Monsignor Farrell High School. He holds degrees in Industrial Management, Business Administration and Economics from the College of Staten Island. Rich is a US Navy veteran. He served in destroyer and submarine squadrons during his enlistment. He is married to Christine (Kessig) Travers. Together they have two married daughters, one son, three grandsons and one granddaughter. Rich and Chris have made their home in Tottenville since 1976.

Since April 2013, Rich has been retired. He had a combined 40-year career with Con Edison and NRG Energy. While with Con Ed and NRG Energy he held a variety of managerial positions covering human resources, plant safety and environmental, plant physical security, labor relations and community outreach.

Rich has had a history of community involvement over the years supporting many organizations. Since retiring, he has continued to represent NRG Energy in the community with the SIEDC Business Council and various not-for-profit and charities such as the March of Dimes, Staten Island Museum, Staten Island Children’s Museum, The Billion Oyster Project, Boy Scouts and the Chamber of Commerce, to name a few. He currently serves on the Board of Directors at A Very Special Place and the Greenbelt Conservancy.

We remember our friends, Paul E. Eklof, Bradford Greene, Elizabeth Seder, Elaine and Kevin Sheehy, and Kathleen Vorwick, board members who have passed away. Their contributions to the Greenbelt Conservancy are lasting and substantial.