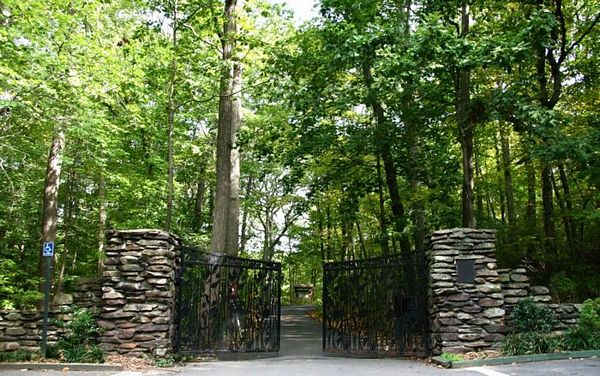 High Rock Park is the cornerstone of the Greenbelt and one of the area’s most popular “Forever Wild” parks. High Rock was designated a National Environmental Education Landmark by the United States Department of the Interior in 1971. School and enrichment programs serve students from pre-school to college-level, instilling an appreciation for the natural world.

Located at 200 Nevada Avenue, High Rock Park is home to the Greenbelt’s environmental education department. The New York City Parks Department’s Greenbelt offices, and the headquarters of the Greenbelt Conservancy, are located here.

Visitors can also climb Moses’ Mountain, a 260-foot man-made hill named for City builder and Parks Commissioner Robert Moses. The 360-degree panoramic view offered by the site is considered one of New York City’s most spectacular.

Long ago, American Indians utilized this fertile land for sustenance. British soldiers camped here in 1776 and in the 19th century, great parcels were tied to family estates.

The area eventually became a camp for the city’s Boy and Girl Scouts and, in the 1960’s was in dire threat of becoming a residential neighborhood with rows of houses. Preservationists succeeded in keeping the land undeveloped.

The hilltop oasis became New York City parkland and is now part of the expanded Greenbelt. Today High Rock is well-utilized by those seeking a refuge for relaxation and recreation.